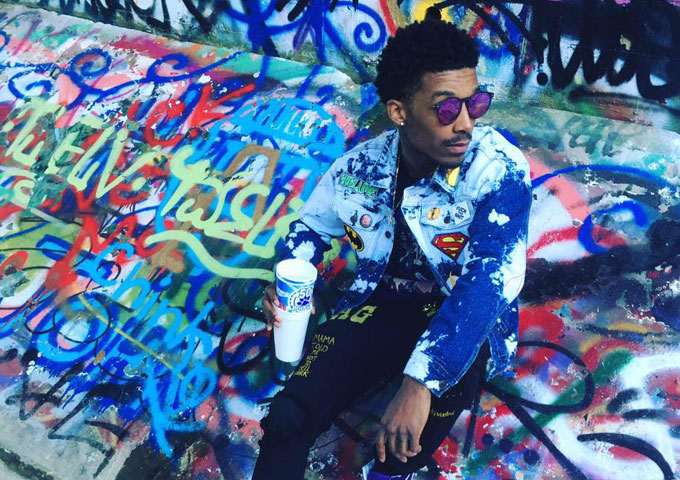 Shony Parker is an American music artist, born Corey Glass, in Cincinnati, Ohio. The artist, who was featured on BET Fashion back in December 2018 for his clothing line BAG, started taking his music career seriously after his release from the house of corrections in 2014. Through his managing partner Spit Fire Management, via Investing Black Records Inc. / Sony / The Orchard, Shony Parker released his first single “Party on The Weekend” during February 2019. To stay on top, you have to prove that you’re able to adapt to an ever-changing landscape of music. To get there, you pretty much have to toe the same line, and then do it better than the rest. Hip-hop especially is prone to trends, and Shony Parker makes sure to jump on them on with his debut single. This is when the music on the track shines; particularly because it involves the beat and the quaint trap vocalizations.

For starters Shony Parker keeps the track sharp and focused and under three minutes, for mainstream consumption. Actually, he is so sharply focused, he keeps it under two minutes. He also keeps his emo-trap sound as catchy as hell.

It’s a hip-hop skate-punk ride, with Shony’s moodily euphoric, sometimes pointed vocals, built on a slow burning beat, booming 808 bass lines and hypnotic hand-claps. The chorus hits you like a mantra chant which gets stuck in your head, and stays there long after the song is over.

In an age where artists tend to come and go daily, Shony Parker sounds persistent. His impact on the genre is impeccable, and he can stand alongside many of his contemporaries and peers, especially when it comes to modern-day trap music. A few years ago, when it looked like rap had nowhere to go, Trap started to make it cool again with its auto tune crooning and unconventional flows. And now the new breed of trappers, like Shony Parker make sure the genre evolves and infiltrates a whole set of diverse genres.

The atmospheric pulse of the production also motivates Shony Parker to bring the same energy to “Party on The Weekend”. The vigorous aesthetic, and self-awareness of the artist, adds an innovative dimension to the songwriting, allowing Shony to find an uncanny balance between a party song, and an introspective rap ballad…all under two minutes.

Hence the track feels somewhat intoxicating, but yet perfectly lucid. Shony Parker sounds clear-eyed and hungry, exercising full control over the balance between these two extremes. It’s a clever play, and a perfect showcase for his emotional acuity. Whatever’s next for Shony Parker, there’s no doubt that he will be ready for it.