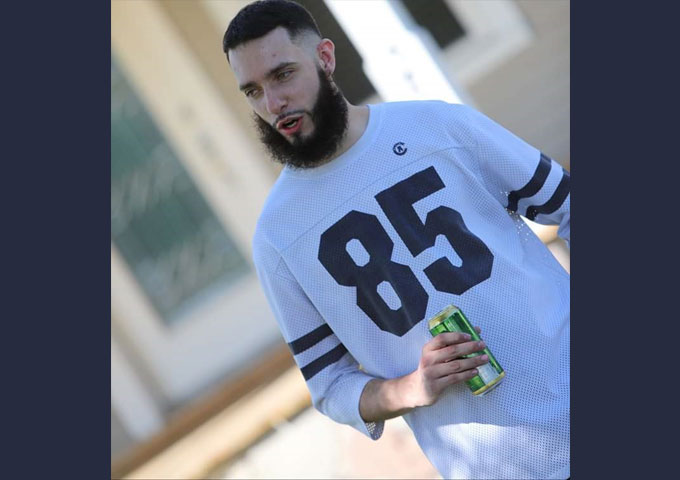 Tommy “The Tsunami” P is an independent artist from Inkster, Michigan. He has been writing music since the 5th grade and producing since 16 years old. Tommy P is currently promoting his latest single, Six’ Three”. Musically, this is The Tsunami at his peak which is incredible. He seems to be at his best in terms of successfully making music. Tracks like this showcase why he can stay in the game for as long as he wants.

Music is one of the most tried and truest ways to reach out to the masses, and Tommy P wants you to consider his perspective besides your own. His confidence is exuberant on this ambitious endeavor, while his bravado undoubtedly adds a great atmosphere to a well-crafted track.

Straight form the opening bars Tommy P hits you with his assassin lyrical flow. The rhyme scheme, delivery and witty wordplay, the rapper employs on this track is unmatched. Six’ Three” will spark accolades, because it finds Tommy P at his rawest and most ravenous yet. He raps like a man with plenty to prove, lobbing punch lines better than most who might assume they’re more nimble. He can adopt different vocal timbres and cadences verse to verse and bar to bar. Tommy P balances lyricism and narration straight out the gate with Six’ Three”.

Drama aside, the track is a gripping listen, thanks to Tommy P denser-than-lead wordplay. I’ll always admire artists who push themselves both technically and creatively, and that’s exactly what the Inkster rapper has done here.

Tommy P is also the master of crafting simple, catchy lines that resonate, and there are plenty of those here. This project definitely puts Tommy P in a place where he is showing versatility, especially with beat quality and rhyme scheme differentiation. There’s nothing lost on the record. Tommy P comes through with fiery passion on every verse.

Six’ Three” is a braggadocio-filled tale that does more than tell a cocky X-rated story; it forces you to put some respect on Tommy P’s name, as he combines wickedly transcendent rhymes with a smart instrumental choice.

It’s an excellent example of how a beat and rhymes are supposed to be applied to one another. Not only that, it proves that other rappers need to step their game up, considerably. Tommy P’s witty one-liners, versatile flow and irreverent tongue could see him compete with anybody.

Then there’s the production, which is lean, deep and dark, with a rumbling low end, and skittering hi-hats. Six’ Three” is never less than sonically gripping. The instrumental is minimal but developed, serving as the perfect canvas for Tommy P’s explicitly witty lyricism.

If you’re itching to hear some smart ass bars that’ll have you reflecting on your own perspective, I suggest that you peep this joint out. Tommy “The Tsunami” P is a force to be reckoned with.